Words From The Trial: The Plaintiffs 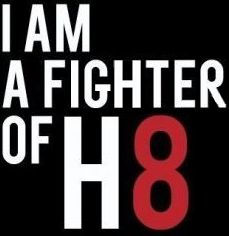 "I'm proud to be gay. ... I love Jeff more than myself.....[b]eing gay doesn't make me any less of an American."
That's how Paul Katami, of Burbank, explained his feelings to a packed courtroom in San Francisco, but when voters passed Prop H8 in November 2008, Katami realized that "being gay means I'm unequal."
"I've been in love with a woman for 10 years, and I don't have a word for it," said Kristin Perry, who lives in Berkeley with her partner, Sandy Stier, and their four children. "I do everything I can to be a contributing and valuable member of the state, and the state isn't letting us be happy."
These two women-- long with Katami and his partner of nine years, Jeff Zarrillo--are the ones suing [for all of us] to overturn Prop H8, saying it violates the constitutional guarantee of equal protection by discriminating based on sexual orientation and gender.
Their testimony took up most of the opening day of a nonjury trial before Chief U.S. District Judge Vaughn Walker. The trial is the first in any federal court over same-sex marriage, and is the first step in a case that could reach the U.S. Supreme Court.
Both Governor Arnold Schwarzenegger and state Attorney General Jerry Brown have declined to defend Prop H8, leaving that task to the ballot measure's campaign committee, a coalition calling itself, of all things, Protect Marriage. Charles Cooper, their lawyer, argued in his opening statement that Californians "have been generous" to gays and lesbians by outlawing discrimination and providing registered domestic partners with all the rights of married couples.
Well, isn't that special, they gave us crumbs, so we should just shut up and go back to our little gay lives and be happy.
Not.
Cooper then said extending marriage to same-sex couples would undermine its status as a "pro-child institution" and redefine it as a private relationship between two adults who love each other, weakening the parent-child bond and probably increasing divorce rates.
Check your stats, Chuck; or better yet, read ISBL [see HERE]. Divorce rates in states that allow same-sex marriage have fallen since marriage equality was legalized. Fallen. And if marriage is a "pro-child" institution, then why not disallow any marriage for any couple unwilling or unable to produce a child?
For a lawyer, your arguments are really off.
Kristin Perry and Sandy Stier registered as domestic partners in 2004, and say it's nothing like marriage, but merely a "legal agreement between two parties....It doesn't have anything to do with us. ...We're not business partners. We're not social partners. We're not glorified roommates."
Over Cooper's objections, Judge Walker allowed the plaintiffs' lawyers to show some of Prop H8's campaign ads and probe the couples' reactions. The suit contends the Prop H8 campaign, which portrayed same-sex marriage as a threat to children, was motivated by anti-gay prejudice, which the U.S. Supreme Court has ruled an unconstitutional basis for a state law.
Katami recalled his anger at seeing a Yes on 8 ad labeled, "Protect our children. Restore marriage." The ad shows a young schoolgirl in Massachusetts, the first state to legalize same-sex marriage, excitedly telling her parents that she just learned that "I can marry a princess," and warned viewers that the same lessons could come to California schools unless Prop H8 passed.
Katami testified: "I love kids....To think that you have to protect some children from me, from Jeff, there's no recovering from that."
It's hate, Charles Cooper. it's discrimination. And it doesn't belong here.
Posted by Bob at 9:15 AM