Quote Of The Day: Gavin Newsom 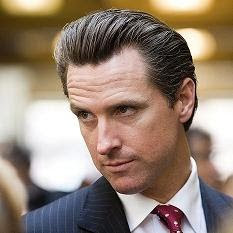 "I want him to succeed. But I am very upset by what he’s not done in terms of rights of gays and lesbians. I understand it tactically in a campaign, but at this point I don’t know. There is some belief that he actually doesn’t believe in same-sex marriage. But it’s fundamentally inexcusable for a member of the Democratic Party to stand on the principle that separate is now equal, but only on the basis of sexual orientation. We’ve always fought for the rights of minorities and against the whims of majorities."
Gavin Newsom in a New York Times piece by Maureen Dowd.
full article HERE
Posted by Bob at 1:00 PM

He is a hero to me... & i think I would make a perfect 1st lady of california when he becomes the Gov.