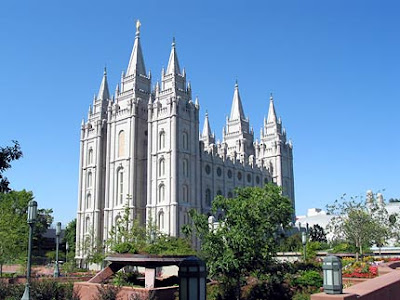 Y'all remember how the LDS Church, the Mormons, said they really didn't do anything to help with the passage of Prop H8? They may have "suggested" people vote Yes, they may have spent millions urging people to vote Yes, but that was all they did.


The LDS Church worked very hard with ProtectMarriage.com, even going so far as to identify a volunteer in every single zip code to help spread the fear.


This is no longer speculation. It is fact. There is an actual document, introduced at The Trial yesterday which proves it; a document that ProtectMarriage.com tried to keep from being admitted because, as Andy Pugno, general council for ProtectMarriage.com stated, it was too "revealing."


Judge Walker: Not to make light of this, but the reason people want to produce documents is that they are revealing.


More revealing was this document that showed a direct link between the LDS Church and the Yes on Prop H8, something the LDS Church denied ever happened:


"With respect to Prop. 8 campaign, key talking points will come from campaign, but cautious, strategic, not to take the lead so as to provide plausible deniability or respectable distance so as not to show that church is directly involved."


Hmmmmmm, a church spreading hate about the LGBT community and then lying about.


Never thought I'd see the day.

Isn't this kind of documented, direct political activism enough for the IRS to re-evaluate the LDS's tax-exempt status? Our next move as a community should be to gather up the evidence from the trial and lean on the IRS and our "fierce advocate" president to do this.

I was about to ask the say thing Larry.

And don't we have more than enough evidence against the catholic church as well?

I'm not surprise, hopefully more will come out

I'm not surprised being a former Mormon! They will always contend that they council their members on moral issues not political issues. But this is about equal rights... not about if you think homosexuality is right or wrong. This is what I stated in my resignation letter to the Mormon church last year!

I would agree that if these institutions are going to take political stands and force confrontations over political issues, then they are obviously political in nature and should be taxed.
We should make this one of our public outcries.