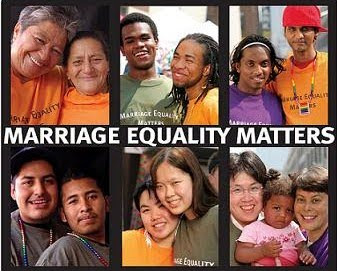 You think the recent vote down of marriage equality in New Jersey was final?


The defeat of the New Jersey marriage equality bill could actually lead to a court order that would implement marriage rights for same-sex couples.

LGBT rights advocates in New Jersey are vowing to go to court to prove that the state legislature did not sufficiently grant gay and lesbians the same rights as married straight couples when it passed its civil union law several years ago. And they will be helped by recent public testimony in the state legislature admitting that the existing civil unions law do not meet the court’s 2006 order.


Big surprise, however, that anti-equality legislators disagree. Though they concede that the law has failed, they contend that it can be fixed.


But most agree that the civil-union law cannot, itself, be revised to ensure equality, and that is the argument that Garden State Equality and Lambda Legal will tell the high court: that only marriage can provide the protections that opposite-sex couples enjoy without question.

If it CAN be fixed, why haven't they gotten off their sedentary a$$e$ and done it already?

I have an idea. Amend current law so the government only recognizes Civil Unions, and that includes couples regardless of their gender. Leave the word 'marriage' as a function of the churches, which is recognized by the churches - and some family members.