ManWhore Markus, The ISBL Asshat Of The Week! 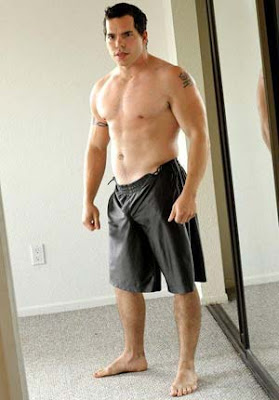 Y'all have no doubt heard that male prostitution is now legal at Nevada brothels, and, well, wouldn't you know, one of those fine lads, who, like Cher and Madonna, goes by a single name, Markus, has something to say about his, um, accomplishment.
Markus: "Basically this is the first time in the economy of the United States that a male has actually stood up and said, 'I want to do this for a living.' And be protected under law to do it. It's just the same as when Rosa Parks decided to sit at the front instead of the back. She was proclaiming her rights as a disadvantaged, African-American older woman. And I'm doing the same. I'm actually standing up now, and hopefully I can be supported by the male community and be understood as a person. This actually isn't about selling my body. This is about changing social norms."
Yes, the man-whore compared himself to civil Rights activist Rosa Parks.
I know.
Um, Markus, here's a little something: Rosa didn't want to stand up....all you want to do is get down....for pay.
Not.The.Same.Thing.
Posted by Bob at 8:00 AM

the only thing worse would be if he compared his "struggle" to marriage equality.

His entire interview was bizzar. He doesnt come off as being the smartest whore in the house.

You guys said it all! Wow! What a Dumbasshat!

What is a male prostitute...a hustler who isn't straight and/or passive?

"My sphincter is not for sale."

Pity. You could buy some fucking brains. Douche.

I couldn't care less about prostitution. I think people should be able to do what they want as long as it doesn't injur someone else. But don't compare yourself to Miss Rosa Parks. Ever.