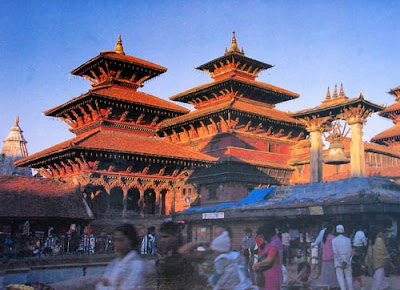 Two women join the army, where they meet one another and fall in love. But then their secret is discovered and they are thrown out of the army for being lesbian.


And these two women dust themselves off, and move on. They want to marry and live their lives together, but they can't because it's illegal.


But in five months these two women will be allowed to marry, as will other gay men and lesbians, because marriage will become legal.


In less than five months Nepal will have a new constitution that will be the first in Asia to guarantee equal rights to sexual minorities. And once that happens, these two women can formally wed.

It is that kind of discrimination--being tossed out of military service, not being allowed to wed--that Nepal's new constitution seeks to prevent. “Rights for LGBTIs [lesbian, gay, siexual, trasgendered, inter-sexed] have been well drafted in the new constitution. They will ensure non-discrimination and separate citizenship IDs for third-gendered people,” says Sunil Babu Pant, Nepal’s first openly gay lawmaker.


Yes, Nepal is rewriting its Constitution giving the same rights, benefits and privileges to all of its people.

Now that is worth a standing ovation!

"...meanwhile back in the US" indeed. Wonderful for Nepal, but very sad for the US.