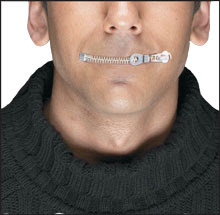 Rumors are swirling in Washington that Congressional negotiators and White House officials are moving ahead with plans to add the repeal of DADT to the upcoming defense authorization bill.


Members of Congress are being courted to ensure that enough votes will be there to pass the bill, and most people on The Hill say passage looks promising. Sources at the White House say President Obama has told the Defense Department that he believes the repeal of DADT should be placed in the authorization bill.

Still, it's Washington, and there could be some glitch, especially when it comes to the actual language of the bill. Defense Secretary Robert Gates will wield his influence over the language, and it is still not seen at a done deal.


If repeal of DADT is added to the defense authorization bill, critics of the program and the LGBT community will see it as a long-overdue move. The initial law, in which members of the military could not be asked about their sexual orientation, nor could they serve as openly gay or lesbian, was passed in 1994. Since then, thousands of military personnel have hidden their sexuality from their superiors and even more have been dismissed for making their orientation public.

Running for the presidency in 2008, then-Senator Obama made repeal of DADT a major component of his platform on LGBT issues. However, just prior to his election, a massive financial crisis pushed DADT repeal--and other issues pertinent to the gay and lesbian community--to the back burner.


The administration promised that action would eventually be taken, yet people, well, okay, me, and many others, got angry. Last Tuesday, the Servicemember Legal Defense Network, which is dedicated to the repeal of DADT, sent an open letter to Obama urging repeal to be placed in the defense budget:"[I]f you do not include repeal in your defense budget, it will be tough to win repeal this year. You have yet to say to Congress, Let's finally end this embarrassing and archaic law and here's how we do it.
The time is now. Not next year or the second term. To delay another year is to stand aside and okay the daily firing of service members merely because they are gay. Patriotic gays and lesbians are fighting and dying for our country in two wars, just like their straight comrades-in-arms."


Legalized discrimination, at least in the military, may come to an end. 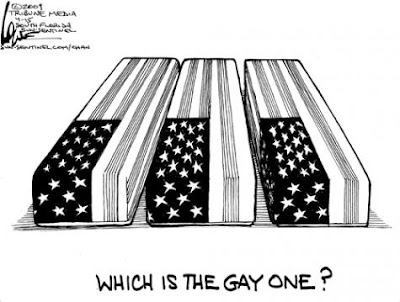 Good political move - politicians hate to vote 'against' the troops. Will be watching (remember politicians, I'm one of those treasured Independents!)

Bob, my fingers are crossed too. I'm hoping for more concrete intel, good rumors have a way of dissipating quickly, especially if they are about GLBT issues.

My fingers are crossed as well.