Calling All Word Police....Be On The Lookout For "Oral Sex" 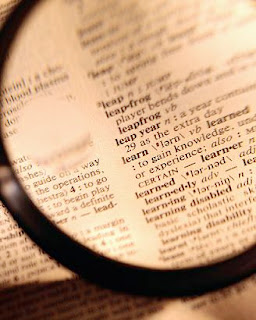 Apparently stupid is contagious.
See, we have a long history of stupid people doing and saying stupid things here in South Carolina, from Governors, to Lt. Governors, Senators and Congressmen and just everyday, garden variety dumbasses. And now it seems as though South Carolina Stupid is spreadin' to the west coast!
In Southern California, in the Menifee Union School District, a parent has complained that an elementary school student found the word "oral sex" in the dictionary!
Well, it was a dick-tionary!
Bah-dump-bump.
Thank you very much I'll be here all week!
Anywhore, the Menifee Union School District officials decided to pull Merriam Webster's 10th edition from all school shelves earlier this week and allow school officials to review the dictionary to decide if it should be permanently banned because of the "sexually graphic" entry.
Yeah, don't put anything about sex in a book of words and definitions.
District spokeswoman Betti Cadmus says the dictionaries were initially purchased a few years ago for fourth- and fifth-grade classrooms districtwide, butt hat these words are "just not age appropriate."
Cadmus and her jackbooted goosestepping word police will begin to read the dictionary for other inappropriate words, like "gay," or "lesbian," "marriage equality." "Democrat." "Free thinker." You know, words that are offensive to normal folk.
I suggest they take a look closer, to see if they find the words "asshatted neanderthal" and then take a quick glance in a mirror.
Posted by Bob at 8:00 AM

Takes me back to 8th grade french class when we looked up all possible salacious words in our new french/english dictionaries.

Sigh....... What on earth is wrong with these people? Why are they so afraid of knowledge of the sexual sort? Stupid, stupid, stupid people.....