Coaches Threaten To Out Student 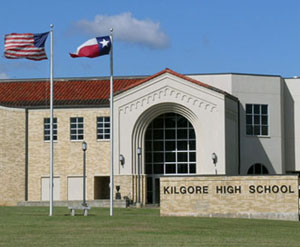 See, down in good ole boy Texas, at Kilgore High School, two female high school softball coaches took a student--identified only as SW in a lawsuit filed by the Texas Civil Rights Project--into an empty locker room, locked the door behind them, accused the girl of being lesbian, of having sexual relations with another student, and threatening to out her to her mother.

Back on March 2, 2010, SW was having a normal day at softball practice when, after practice ended, her coach, Cassie Newell and another coach, Rhonda Fletcher, told the other girls to go home, and told SW to stay.

These two coaches then took her into a locker room and locked the door and asked if she was gay. They also accused her of having a sexual relationship with another girl, and claimed that SW was spreading gossip that this other girl was "Coach Newell's girlfriend." Fletcher and Newell threatened SW by saying they would out her to her mother, and told her that she would not be allowed to play in that night's softball game until they had told her mother.

They then followed through on their threats and called SW's mother, Coach Newell even offered the other girl's contact information to SW's mother; information she retrieved from her cell phone; information which lead SW, her mother, and the Texas Civil Rights Project attorneys, to assume that the harassment, and outing of SW was done in a fit of jealousy, because the other girl had previously been dating Coach Newell.

A jealous coach takes her anger out on a student. But it doesn't end there. SW was subsequently kicked off the softball team and her academic performance faltered. Her dreams of using a softball scholarship to attend college to study sports medicine was destroyed.

SW and her mother, along with the Texas Civil Rights project, filed suit only after the mother exhausted every other avenue to remedy the situation. She spoke to the high school principal, the superintendent, and the district's Board of Trustees, but no one offered any solution.

It's disgusting teachers can get away with this. Then again it's Texas so it doesn't surprise me one bit.

Why is it that every time I see that flag I know the story to follow is going to be disheartening.

And I thought teachers just turning their backs was bad enough. This definitely crosses a dangerous line.