I Didn't Say It 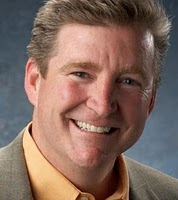 Focus on Family head, Jim Daly, who replaced James Dobson, on gay marriage and how he doesn't think it's the end of the world as we know it:"I’m not fearful that change will happen in America. It will happen. I don’t know what will happen with same-sex marriage, but I’m not going to be discouraged if we lose some of those battles. It’s going to be difficult in this culture and the way the demographics are going right now. You look at the under-35 age group. I think it’s splitting 60-40 support for same-sex marriage....I will continue to defend traditional marriage, but I’m not going to demean human beings for the process." 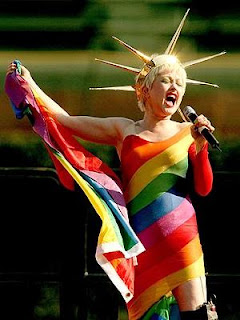 Cyndi Lauper, on Lady Gaga:
"People forget how young she is. She is barely 24--much younger than I was when I became famous. It's very tough being where she is right now. People are pulling her in all different directions. It's hard to navigate that...I can't wait to see how she grows and what she decides her next act will be...When I see somebody like Gaga, I sit back in admiration. I'm inspired to pick up the torch again myself. I did an interview with her once, and she showed up with a sculpture on her head. I thought, How awesome...She isn't a pop act, she is a performance artist. She herself is the art. She is the sculpture." 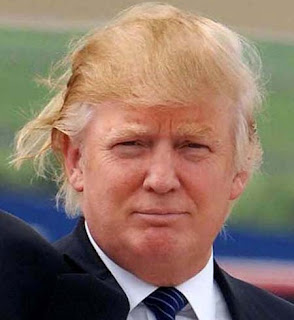 Bad Hair Life, Donald Trump, on why he thinks fascism in Arizona is a good thing [sidenote: I wonder how many employees at his hotels and resorts and spas don't have "papers"]:
"Well it all starts with the federal government not coming out with a law. They've been talking about it for years and they still haven't done anything about it. And Arizona is really getting crime-ridden. There's people coming over, there's killings all over the place, there's shootings all over the place. What are you going to do? I mean, are you going to stop people to see if they're supposed to be there? And personally as a citizen I wouldn't mind, I really wouldn't mind." 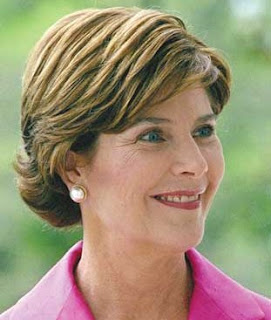 Laura Bush, on how she asked her idiot husband not to make gay marriage an issue in the 2004 election--of course he didn't listen, he's a dumbass like that:
"In 2004 the social question that animated the campaign was gay marriage. Before the election season had unfolded, I had talked to George about not making gay marriage a significant issue. We have, I reminded him, a number of close friends who are gay or whose children are gay. But at that moment I could never have imagined what path this issue would take and where it would lead.” 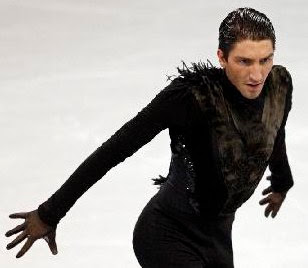 Olympic Gold Medalist, and ALLEGED heterosexual, Evan Lysacek on Johnny Weir's complaint about not being asked to join the "Stars On Ice" tour:
"'Stars on Ice' is really selective of who they hire and they only hire the best of the best to skate. It would’ve been hard of them to justify hiring him, and I think he was really upset because he wanted the financial benefit of the tour. A lot of us in the skating world were really disappointed in the way he reacted, basically whining that he wasn’t chosen."

Outsports, on Evan Lysacek's statement about Johnny Weir:
"No Evan, Johnny wasn’t whining. He was reacting to perceived homophobia. But I guess you wouldn’t know anything about that, since you’re straight as an arrow. At least Evan left this little gem for us in the interview…
"'Last question: Are you seeing anyone?
I’m single. The reason, well…(laughs)…I’m limited to who I can see. I’m dating in L.A., but I just haven’t found the right girl.'" 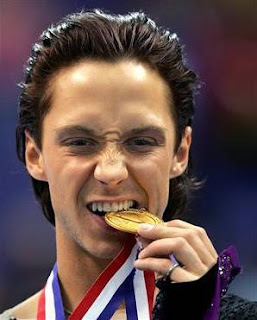 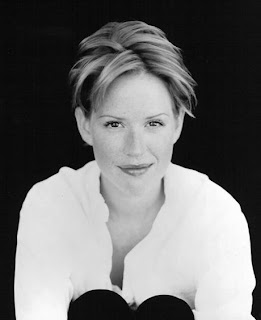 Molly Ringwald on why there were no gay characters in the John Hughes movies:
"Maybe it was just too soon and too controversial at the time, but from what I understand, John was a big Republican. I really didn’t know this back then, and maybe he wasn’t when I was working with him, but I guess he became one. Not to say that all Republicans are antigay, but historically, you know, that has to rub off a little bit, right?" 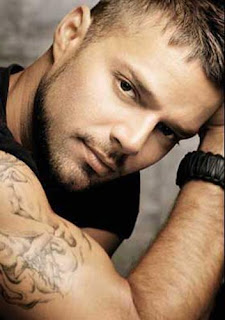 Ricky Martin, Tweeting about the new fascist state of Arizona:
"Equality is understanding that we all come from the same place. Racial profiling should never be tolerated, in the U.S. or anywhere in the world. We're moving backwards. Scary." 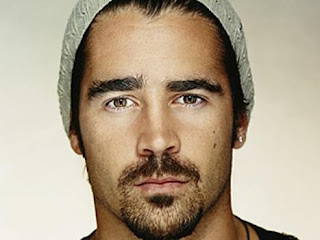 Colin Farrell, on his sex tape [note to Colin: Honey, I was doing a lot of thing. Laughing? Not one of them]:
"I didn't really give too much a fuck about that-I just didnt want it on demand in a hotel room. It was a bit of an expensive 14 minutes. But at the end of the day, it was something to be laughed at." 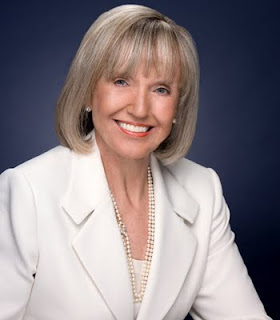 Arizona Fascist Governor Jan Brewer on best gal-pal MooseMess Palin:
"Had such a great time with Sarah Palin last night that we went to the Diamondbacks game today before she left town. It was great talking to her about my efforts here in Arizona of securing our borders, fighting Obama Care and preserving our 2nd Amendment rights." 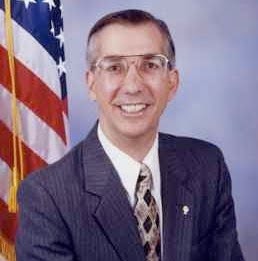 Sterling, Virginia District Supervisor Eugene Delgaudio, spreading homophobic hate in a fundraising letter:
"Frankly if you really do support the radical Homosexual Agenda--or if you just no longer care enough to stand up for the family--insiders in Congress say the entire Homosexual Agenda could pass in a matter of months. Special job rights for homosexuals and lesbians. Businesses may have to adopt hiring quotas to protect themselves from lawsuits. Every homosexual fired or not hired becomes a potential federal civil rights lawsuit.
Radical homosexuals will terrorize day care centers, hospitals, churches and private schools. Traditional moral values will be shattered by federal law. Same-sex marriages and adoptions. Wedding-gown clad men smooching before some left-wing clergy or state official is just the beginning. You'll see men hand-in-hand skipping down to adoption centers to 'pick out' a little boy for themselves.
Homosexual advocacy in schools. Your children or grandchildren will be taught homosexuality is moral, natural and good. High school children will learn perverted sex acts as part of "safe sex" education. With condoms already handed out in many schools, Radical Homosexuals will have little trouble adopting today's "if it feels good do it" sex-ed curriculum to their agenda. And to add insult to injury, lobbyists for the Homosexual Agenda are paid off with your tax dollars! That's right, radical homosexual groups like the Gay-Lesbian Task Force and ACT-UP receive millions from the government." 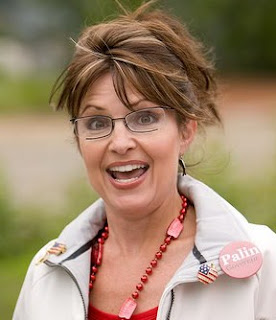 Complete moron Sarah Palin, on organic food:
“I eat granola. I eat a lot of organic food. I have to shoot and catch a lot of my organic food before I eat it.” 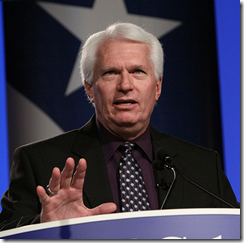 Bryan Fischer, wingnutting for the American Family Association:
"Bottom line: you want to know who's now running the U.S. Army, the U.S. Navy and the Marines and calling the shots where it counts? Fundamentalist Muslims and homosexual activists."
Posted by Bob at 12:00 PM

>It was great talking to her about my efforts here in Arizona of securing our borders, fighting Obama Care and preserving our 2nd Amendment rights<