New Hope For PWAs and The HIV+ 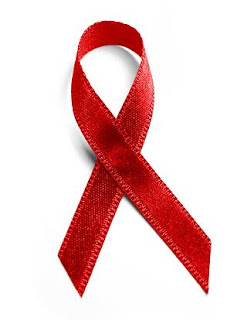 According to the New York Times, President Obama is planning to unveil a new national strategy to curb the AIDS epidemic by slashing the number of new infections through education and awareness, and increasing the number of people who get care and treatment if they do test positive.


Perhaps he is feeling a little fierce.

Obama is calling for steps reduce the annual number of new HIV infections by 25 percent within five years, and while the report acknowledges that “increased investments in certain key areas are warranted,” the administration does not propose any major increase in federal spending. Obama hopes to redirect money to areas with the greatest need and to the most at-risk population groups, including gay and bisexual men and African-Americans.


There are many people today who, because HIV+ Americans are living longer and thriving under new medications and treatment, think that the crisis is over, or, at the very least, that the spread of HIV is on the decline.


Every nine-and-a-half minutes, another American is infected with HIV, and yet there are thousands upon thousand s who receive no treatment whatsoever; and many more who don't even know that they are HIV+.


But, with proper care and treatment, most people could prolong their own lives and reduce the spread of the virus to others. To that end,m the Obama administration has set a timetable at 2105 to increase the numbers of the newly diagnosed patients receiving clinical care to 85-percent--up from 65% today.


This, first-ever, national AIDS strategy has been in the works since the start of the Obama administration, but comes at a time when many in the LGBT community are angry at budget cuts and the loss of AIDS programs, like AIDS Drug Assistance Program [ADAP].


Those activists believe it is time to revive that same sense of urgency that gripped the United States in the first years after discovery of the virus that causes AIDS. Public attention to the HIV epidemic has waned, because HIV is treatable; many people now think that it is no longer a public health emergency.


But, and these are the facts:


The Obama administration report also finds that there is increased discrimination against people with HIV, which creates a major barrier to people getting tested, and seeking treatment. Many HIV+ Americans fear losing their families, jobs, even their homes, if news of their HIV-status would become known. To that end, the administration promises to “strengthen enforcement of civil rights laws” protecting people with HIV.


It's an uphill battle, again, but with continued pressure on the White House, and our representatives in Congress, we might be able to increase awareness, increase treatment, decrease the number of exposures, and protect and care for those already infected.
Posted by Bob at 11:30 AM