I get it.
The Betty White love.
I'm feeling it, too. 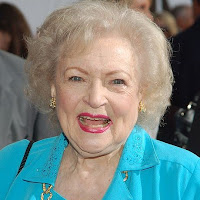 But one person who doesn't think Betty White should be called upon to be in everything, co-star in everything, or host everything is......Betty White.
While SNL was a piece of cake for the fabulous Miss Betty White doesn't mean she's gonna act like a trained seal and do everything.
White has put the kibosh on any movement, FaceBook or otherwise, to get her to host the Oscars next year. She just isn't interested in doing it, saying:
“I can tell you now I won’t be doing the Oscars, Emmys or any other awards. I was terrified out of my skin doing SNL so the Oscars is not going to happen. It’s too much.”
And Betty White knows that too much of a good thing, quickly turns sour. And, of course, there's the issue of Betty nearing ninety to consider.
Let's let her relax a bit, shall we?


From the I H8 K8 file.
The media-mom-whore might be in a bit of trouble for forcing her children back onto the television screen. 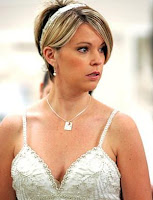 A Pennsylvania representative is questioning whether or not the Kate + 8 work permits for Kate Gosselin's eight children are legal. Congressman Thomas Murt--who apparently has nothing better to do in Congress--says that Pennsylvania state law allows children under 7 to work in movies.
Not in television.
Plus, 6 of K8's 8 are only 6.
Murt has asked the state attorney general and labor secretary to investigate.
Poor K8....how will she keep herself in designer clothes and hair without relying on her children's paychecks?


What do you do when you announce to the world that you're broke...after you get nailed trying to pimp your ex-husband out to the media for hundreds of 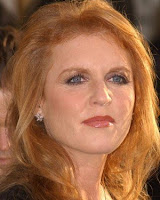 thousands of dollars?
You fire your staff to save money.
And that's what Sarah Ferguson, the Duchess of York, did.
See, it costs upwards of 60,000 pounds, that 90,600 American dollars, a month to keep Sarah living the life to which she feels accustomed, or at least the life to which she feels she deserves.
But Sarah fired her staff of 12 to stave off the creditors and keep her from declaring bankruptcy.
Suze Orman would be so proud, except.....
A couple of days after the teary firings, Sarah jetted off to Necker Island in the British Virgin Islands for a luxury vacation.
And her former staff isn't happy about it. According to one former employee: "We've mortgages and kids - we're suffering for her stupidity."
Indeed.

Well, it looks like the axes are falling.
Racist-Anti-Semite-Alcoholic-Homophobe-Verbal-Abuser-Spousal-Batterer, Mel Gibson has been

dropped by the William Morris Endeavor agency on the heels of his taped tirade being released.
Not so surprising, really.
William Morris Endeavor partner, Ari Emanuel, had expressed disgust toward Gibson after the actor made his drunken anti-Semitic remarks in 2006.
Gibson, however, is putting his own spin on the issue, saying that after his own, longtime agent, Ed Limato, died earlier this month, that he wanted be a free agent. Still, some don't believe him--and who would; one studio exec ALLEGEDLY said: "I'd rather get engaged to Lindsay Lohan than have anything to do with him."
So, even with all Lindsay's troubles, she's still more popular in Hollywood than Mel Gibson.
Yikes! 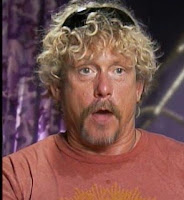 The Eight Is Enough, Charles in Charge and Celebrity Fit Club star has had more than his share of bad times since his career as a TV actor ended well into the last century. He's had drug problems, suicide attempts, and, in 2008, he was in debt to the tune of $350,000 and was forced to declare bankruptcy.
Now the, um, er, actor[?] is happy to report that he's landed a new gig on the high seas. No, silly, not as an entertainer, but working as an assistant cruise director for Oceania Cruises.
Aames says:
"I'd hit rock bottom and now I'm back on top. I'm almost done with my training, and I absolutely love spending time with the guests, assisting as an escort on tours and hosting tables. It's like working for a top hotel on the high seas."
Back on top? If you say so......


I know we were all shocked that abstinence-preaching-single-mom, Bristol Palin, and her Playgirl-posing-media-whoring-baby- 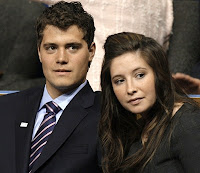 daddy, Levi Johnston, were all back together and lovey-dovey and engaged.
And I know we all suspected there was something more to the story, and there is:
The Dimwits are planning to shop their, um, "story" around as a possible reality show, all of which are designed to capitalize on the fact that she can't keep her legs closed and he can't keep his pants zipped, and now they have a baby they can Kate-Gosselin all the way to the bank.
Still, it does make for must-see TV when morons fill the airwaves. And, speaking of morons, any bets on how long before Mam Grizzly Bore makes an appearance on the show, announcing her definite-to-fail run for the White House?

witless, but she's scared about going to jail because she smokes and she won't be allowed to, and because she's claustrophobic and the cells are really small, and because she's a drug addict who make not be able to get all the fixes she needs all the time.
But, and this is where it goes totally Lindsane.
She was given the option of showing up for prison early to avoid the media circus that will, of course, surround her, and she turned it down.
Now, showing up early doesn't mean you have to stay any longer than necessary, but it would be nice to avoid the crowds and the cameras and media and looky-loo's.
But Lindsay doesn't want that.
She can't go without having her picture in the press so she's show up as planned with all the crowds and the clowns and press around.
Yeah, she's real scared.
Mama Dina probably told her that it would be good press. i mean, as soon as Dina put down the crack pipe she said that.
Posted by Bob at 11:00 AM

That's Willie Aames??? Boy he didn't age well at all.

I remember lusting after Willie when he was naked in one of those Blue Lagoon rip off movies... now, not so much. I would love to take an Oceana Cruise one day though and wouldn't mind running into Willie.