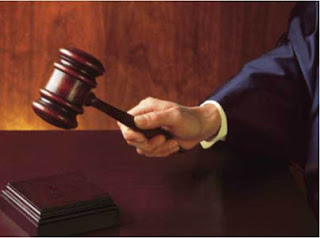 Y'all remember when that US District Court judge in Boston struck down an important piece of the Defense of Marriage Act [DOMA], ruling that the controversial federal law violates the equal protection clause of the Constitution by denying gay and lesbian couples the federal benefits afforded to straight couples?
'Memba?
Well, almost as interesting as the decision itself, is the knowledge that the judge--79-year-old Joseph Tauro--is the longest-serving appointee of Richard Nixon.
What's so interesting about that, you ask?
Well, while the recent Elena Kagan confirmation hearings have dwelt on whether “activist’’ liberal judges appointed by Democrats would trample legal precedent, the judges who have begun the constitutional protection of same-sex marriage have mostly been Republican appointees.
Say what?
And this isn't a first.
Last year, when the Iowa Supreme Court struck down a gay-marriage ban on the grounds that it violated the due process and equal protection clauses of the state constitution, the court's unanimous decision was written by Justice Mark Cady, a conservative placed on the court by the former Republican governor Terry Branstad.
Go figure.
And, in 2008, the Connecticut Supreme Court struck down a comparable marriage ban in an opinion written by Justice Richard Palmer, an appointee of Governor Lowell Weicker, a three-term Republican senator who became an independent. In addition, the Massachusetts Supreme Court ruling was written by Chief Justice Margaret Marshall, named to the court by Republican Governor William Weld, and then named chief justice by another Republican Goveronor, Paul Cellucci.
Judges placed on the bench by Republicans.
Huh? What? Huh?
And get this: another major ruling on gay marriage will come from federal district court in California, and most people think Chief Judge Vaughn Walker will overturn California's ban on same-sex marriage. This is notable because of Walker’s nomination to the court by Ronald Reagan; a nomination thwarted by Democrats--including current House Speaker, Nancy Pelosi--who believed he was prejudiced against homosexuals. They were mistaken. Walker was reappointed by George H.W. Bush, and was confirmed, and has demonstrated no prejudice of the LGBT community.
This makes the Republican pedigrees of judges moving gay marriage toward legality all the more striking, especially in how it contrasts with conservative outcries about judicial activism, but it is also a measure of how far from the mainstream modern conservative jurists have drifted.
So, fight against the Republicans running for office, but think twice about arguing against their judicial appointees.
Just sayin'.
Posted by Bob at 2:30 PM

It just goes to show you can't tar all republicans with the same brush. I just wish we could get political runners of either party that had enough bravery to stand up to the extremists that inhabit both parties. And once they get into office actually do what the people who voted them in want them to do. Oh, yeah and paying attention to the constitution would be a pleasant occasion as well, as in affording all of our citizens their civil rights.