When the oil spill began in the Gulf, many people, including President Obama, wanted to hold BP accountable.
These Republicans quickly leapt to the defense.....of BP.
Ladies and Gentle-Ladies, your The BP Republicans: 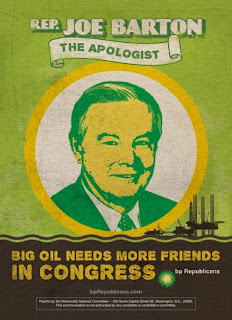 Congressman Joe Barton, the top Republican-BP on the committee overseeing the oil spill and its aftermath, delivered a personal apology to BP, saying the $20 billion fund that President Obama directed BP to establish to provide relief to the victims of the oil disaster was a "tragedy in the first proportion." 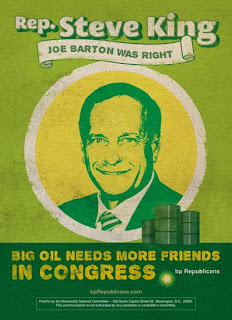 As criticism mounted in the wake of Joe Barton's apology to BP, R-BP Representative Steve King came to his defense. "I think Joe Barton was spot-on," King said on the conservative Laura Ingraham radio show. 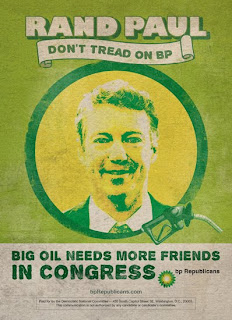 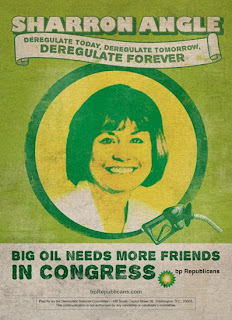 On a conservative radio show, Sharron Angle — the GOP-R-BP nominee for Senate in Nevada — called the Gulf oil spill victims' relief program a "slush fund." When a caller suggested the BP payout was extortion, she agreed, saying, "Government shouldn't be doing that to a private company." Her solution to the energy crisis is to "deregulate" the oil industry. 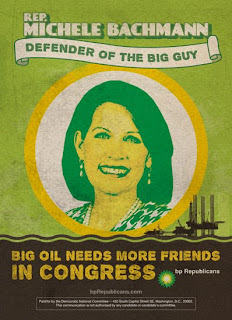 I hate these asshats.

Bob, love the posters. Dead on.