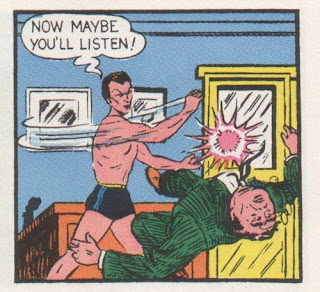 Jan Brewer, too, since she spawned the hate.


US District Court Judge John Sedwick has issued an injunction that prevents the State of Arizona from enforcing a law passed by the legislature last session that would prevent lesbian and gay state employees AND their domestic partners [AND the children of those partners] from receiving health benefits.

Of course, this hate legislation was equal opportunity hate, as it eliminated coverage for non-spouse domestic partners, whether they were heterosexual or gay. However, heterosexual couples had the option of receiving benefits simply by getting married.


Not so much our gay and lesbian brothers and sisters.


One of the state's arguments in legislating hate, is that it save Arizona money, which caused Judge Sedwick to respond:

"Contrary to the State's suggestion, it is not equitable to lay the burden of the State budgetary shortfall on homosexual employees, any more than on any other distinct class, such as employees with green eyes or red hair."

There is no word yet on whether the state will appeal, but, for now, gay couples who meet the rest of the eligibility criteria in the state's administrative code will receive the same benefits as married state employees.


Equality is a lovely thing. Especially in Arizona where it rarely exists.
Posted by Bob at 8:30 AM

Is a mistake to try and put their arguments in economic form - stable family structures always benefit society.

I wonder what Elton John thinks of this?

On a more serious note I'm glad to see this happen. And I'm looking forward to SB 1070 being struck down in the very near future.