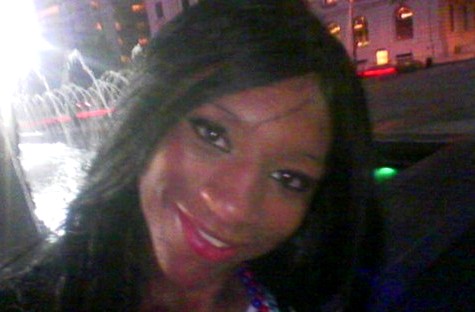 To paraphrase an old Kermit the Frog ditty, ‘It Ain’t Easy Being Gay.’ See, we’re often told, by many more people than we’d like, that we’re an abomination, a sin against nature, a destroyer of marriage, a pedophile. It gets old.

Oddly dressed? The title originally said ‘Oddly Dressed Man.’ See, it was a transgendered body, born male and named Carl Acoff, who, after what I can only guess was a lifetime of struggle and questions and pain, began identifying herself as Cemia Acoff. 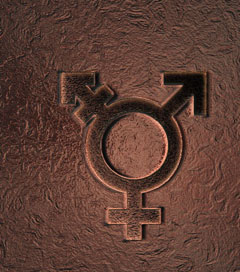 And it was Cemia Acoff who was murdered; she was stabbed to death, tied with a piece of rope to a block of concrete and her body was thrown into a pond. But, almost as disturbing, and disgusting, as the murder itself, was the way the story was reported by the Cleveland Plain Dealer.

See, even before Cemia Acoff’s body was identified, the newspaper reported that the ‘oddly dressed man’ was found wearing a red Betty Boop tank top, three black bras on top of one another, and a light black hooded jacket, and was naked from the waist down.

The body was never identified as male or female, and because, I’m guessing, of the odd outfit, the paper first took to calling the body ‘it.’ It. Not even human; of course, once the outrage began to stir, the paper suddenly changed its tone and began referring to Cemia Acoff as ‘the body.’ Not male, not female; the body.

It was almost like being murdered twice. And then she was murdered again, by the same paper:

Brutal Slaying Marks the End of Clevelander's Fight for Acceptance

But, how would those people feel, being born with a penis, but a brain and a heart and a soul that says to you, each and every day, each and every moment, that you aren’t male; that you are somehow born ‘wrong’. And how might any other transgendered person feel, reading a story like Cemia Acoff’s and seeing the words ‘it’ and ‘oddly dressed’ and ‘the body’? We need to get over the 'icky' factor and realize that transgendered people are people, and they deserve the same dignity, in life and death, that anyone else deserves.

But the newspaper didn't stop there. As if to sort of make it okay that this body was stabbed and tied to concrete and drowned, the paper decided to publish any and every little run-in with police that Cemia Acoff ever had, as if that somehow had anything to do with the story, or with her murder.

The Cleveland Plain Dealer is a newspaper, and an online source of news. News, generally speaking, should be factual, and the facts are that Cemia Acoff was brutally murdered. The facts aren’t helped by describing her in a derogatory manner, and they aren’t served by a discussion of her wardrobe or any kind of criminal background she may have had.

A human being was murdered and the Cleveland Plain Dealer didn’t have the decency to tell us the story without their own snickering commentary.
Posted by Bob at 10:00 AM

All news these days seems to be 90% opinion. Just reporting facts isn't entertaining enough, nor does it boost whatever metric "they" are tracking this week.

I tend to repeat myself. I think I may have done so in this forum. ;-)

I just googled Stylebook - transgender and the first site listed is GLAAD's media guide. So how hard can it be?

may this poor woman rest in peace. no harm can pass her way ever again. :(

This is too sad to think about

I never met her but I won't forget her. It's nice to see her smiling instead of the mug shot that the PD decided to post. It's also sad to see her smiling because she should have had a future with a lot more smiles in it. So tragic.

SMH.. I'm disgusted at this whole situation.. idgaf how he was dressed. He's still human!

Sorry it happen. But she wasn't really a real woman.