Repost Roulette: One Year Ago Today ..... BIG NEWS: Obama Comes Out For Equality

It was just last year that he said it, and it still makes me, grin ear-to-ear, at the idea that the first ever sitting President has publicly declared that I deserve equality.
originally posted May 9, 2012 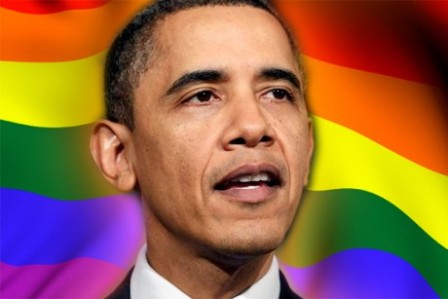 “I have to tell you that over the course of several years as I have talked to friends and family and neighbors, when I think about members of my own staff who are in incredibly committed monogamous relationships, same-sex relationships, who are raising kids together; when I think about those soldiers or airmen or marines or sailors who are out there fighting on my behalf and yet feel constrained, even now that ‘don’t ask, don’t tell’ is gone, because they are not able to commit themselves in a marriage, at a certain point I’ve just concluded that for me personally it is important for me to go ahead and affirm that I think same sex couples should be able to get married.”
President Barack Obama
Posted by Bob at 10:00 AM

and it remains true one year later. states and countries are making the move forward DESPITE the h8ers.

This is when the dam broke. Obama deserves credit but Joe Biden is the one who gave him the final shove. Thank you Joe!