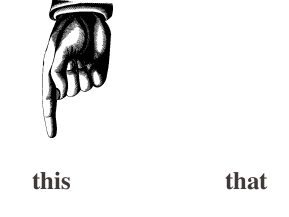 Was that the longest weekend or what?

I feel like it's been ages since I've been at work--not that I'm complaining--and am relishing the idea of a shortened work week ahead. Hoo--followedquickyby--Ray!

I had a lovely talk with my sister this weekend. She underwent her first round of chemo last week, without that nausea, though with a bit of fatigue. But, I will say this, she has an undeniable spirit, though she knows what lies ahead, and an extreme amount of positive energy coming at her from all directions. So, whatever the future holds for her, at this minute, it all seems very bright and very positive and that’s all any of us can do, is to live now and not later and not before.

Carlos and I went to see the new Star Trek Into Darkness this weekend. What a great rollercoaster ride. Sure, there were a lot of special effects, but there was also story, and some real laughs. I grew up with these characters so the reboot I especially like because they aren’t drastically changing everything.

One thing I would change? Bring a muzzle next time to put on Carlos. Seriously, I love the previews almost as much as I love the movie, and while the previews were playing--after about thirty or forty ads asking folks to be quiet and silence their cell phones--Carlos muttered, well, nearly shouted, 'How many commercials before we see the movie?'
I almost sent him into a time-out.

End the trial already. Put her in prison for life without parole ad stop wasting taxpayer money with the empanelling of a new jury and more dollars and more time wasted.
She did it. She said she did it. She was found guilty. Lock her up, throw away the key, and then also cancel her Twitter account. I'd prefer never to see or hear, or hear of her, again.

You all know that I loves me some gossip, and I loves to make fun of those so-called celebrities. But, I have had some questions and requests about why I don't talk about Amanda Bynes anymore. Here's the deal:

So, though I have gossiped about her before, when it became clear, after her move to New York and subsequent antics, that she is not all right, I won't be gossiping about her.

But, you say, Bob, you have no problem going on and on, and some say on, about Lohan. Well, here's that deal:

Lindsay is a criminal.
She kidnapped a woman.
She stole a necklace.
She has taken clothes from fashion shoots and TV shows and continues to do so.
She has rehabbed seven times and fallen off the wagon six times.

Plus, unlike Bynes, Lindsay seems to be all there, and takes absolutely no responsibility for anything she does. There is always an excuse and always a side-step. So, I will continue featuring Lohan because Lohan will continue to be a screw-up.

The weekend was lovely in Smallville, with Monday being the hottest day, and it was just 85-degrees. So, of course, there was yard work, with leaves being raked, and raked, and raked again, onto the front lawn and then mulched up by the new riding mower. I filled six 75-gallon bags of mulched leaves, and will probably do another six, or more, this next weekend.

While I was on lawn and leaf patrol, Carlos was on gutter duty. We bought some of those sponge-thingies that you line the gutters with and they really keep the leaves and twigs and pine needles out of the gutters, while still allowing rain water to be captured.
Still, the gutter need to be brushed off every so often, but it's still a lot less dirty and time-consuming than cleaning those %@&$ing things out!

To reward ourselves, we grilled out both Sunday and Monday, with chicken, grilled veggies and black-bean-and-pasts salad both nights, and a gorgeous, g-o-r-g-e-o-u-s bottle of El Gran Pensado Albarinho from Spain. I will be keeping that label because I need to buy that wine by the truckload. It's a perfect crisp, but peachy wine, just fine for a summer day's sipping.

And here's a little something my Dad sent my way:

If you start with a cage containing 5 monkeys and inside the cage, hang a banana on a string from the top and place a set of stairs under the banana, before long a monkey will go to the stairs and climb toward the banana.

As soon as he touches the stairs, you spray all the other monkeys with cold water.

Now, put the cold water away. Remove one monkey from the cage and replace it with a new one.

Next, remove another of the original five monkeys, replacing it with a new one.

The newcomer goes to the stairs and is attacked. The previous newcomer takes part in the punishment...... with enthusiasm, because he is now part of the "team".

Then, replace a third original monkey with a new one, followed by the fourth, then the fifth. Every time the newest monkey takes to the stairs, he is attacked.

Now, the monkeys that are beating him up have no idea why they were not permitted to climb the stairs. Neither do they know why they are participating in the beating of the newest monkey.

Finally, having replaced all of the original monkeys, none of the remaining monkeys will have ever been sprayed with cold water. Nevertheless, not one of the monkeys will try to climb the stairway for the banana.

Why, you ask? Because in their minds...that is the way it has always been! This, my friends, is how Congress operates... and this is why, from time to time:

ALL of the monkeys need to be REPLACED AT THE SAME TIME.

"How many commercials before we see the movie?" - I usually shout: "GET ON WITH IT, MAN!" to applause and laughter.

good news regarding your sis; more mojo going her way!

All that's it I'm voting for all new monkeys.

The Engineer laughingly told me about a robotic gutter cleaner he saw in a catalog or online. He who could laugh in an area that gets 7 inches of rain a year. I suggested it might be a great idea for someone who doesn't live in a desert. Houses here only have gutters over the front door.

Bob, I'm glad your sister is keeping her spirits up.

My sister is on her way to NYC for breast cancer surgery today.

Glad to hear the good news on your sis.

Amanda Bynes needs help, but it was fun watching her launch a Twitter war on Rhianna over the weekend.

One more thing for the Lohan file... she also had "Fuk U" put on her middle fingernail before she went to court!

Your father is a very funny man. I was wondering where you were going with all those monkeys.

That's why I love my theater. If you text, talk or phone, they will kick you out

I love the monkeys analogy to Congress. So true!

"How many commercials before we see the movie?" BURST OUT LAUGHING.
So, so sorry to hear about your sister. I will send lots of love and good energy through the ether ...
XOXO
Deb