In South Carolina This Is A Science Test 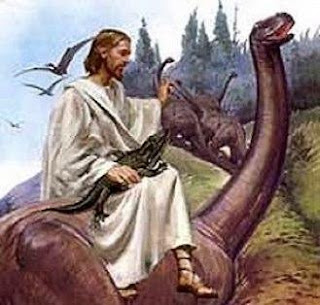 Yesterday I poked a little fun at the people of Tennessee for their continuing reelection of anti-LGBT, pro-NRA, delusional wingnut Stacey Campfield, but today I’m gonna aim the spotlight on South Carolina.

This is a test, in a science class at a school In South Carolina; ALLEGEDLY. The “test” was reportedly given to a fourth grade class at a Christian school somewhere in this state. The man, whose daughter was given this test, says he will reveal the name of the school in June because next year his child will be going to a real school where science is fact not fiction.

PS: for what it's worth, Snopes rates this story as 'probably true.' 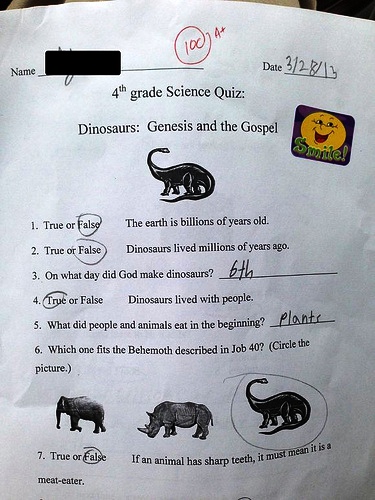 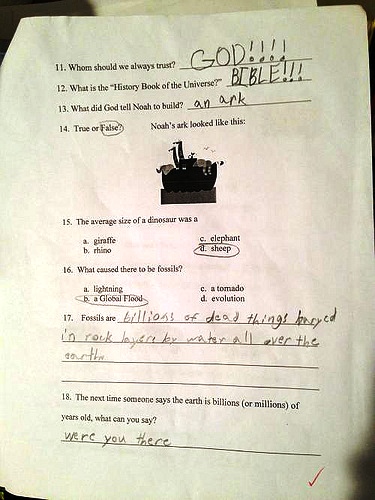 Read all the questions to Daughter - she got them ALL wrong. 0% F-

WTeverlovinF? why can't people keep their imaginary friends out of day-to-day reality? what do they have against proven science?

i did get to teach real science in catholic school. i had one student who was a creationist opt out of a test, and her grade reflected it even after bullying from the parent. i was so glad to have a supportive administrator behind me on that one.

point being, if the catholics can figure it out, it must be pretty obvious that the bible's timeline is not a literal one....

The stupidity has left me speechless. I really don't know what to say to that.

Oh Lordy! Would be hilarious were it not so tragic.