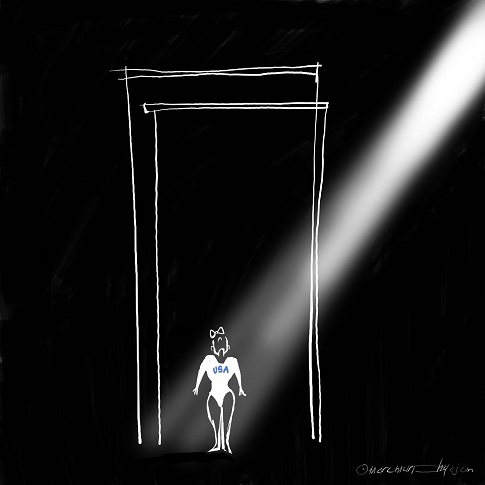 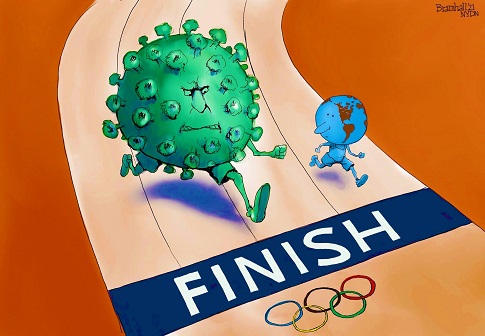 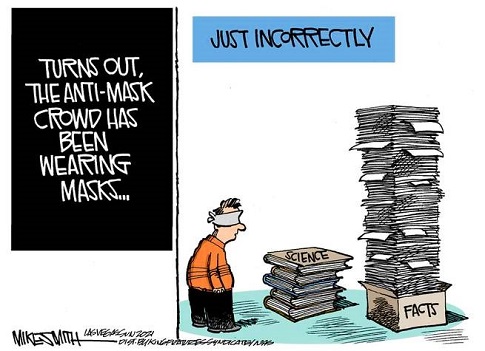 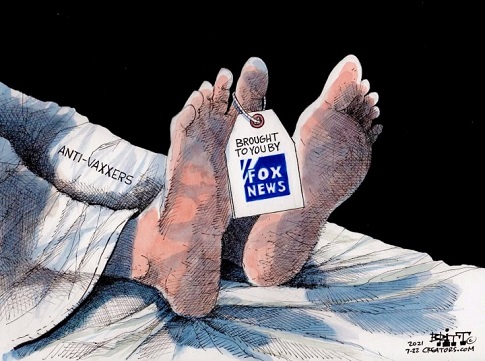 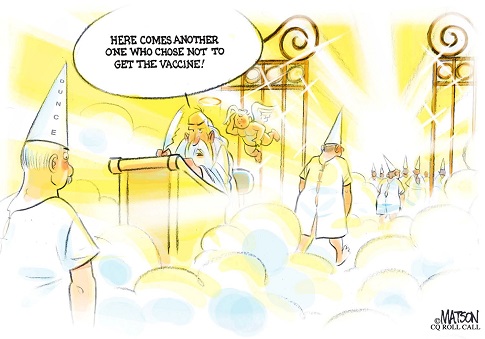 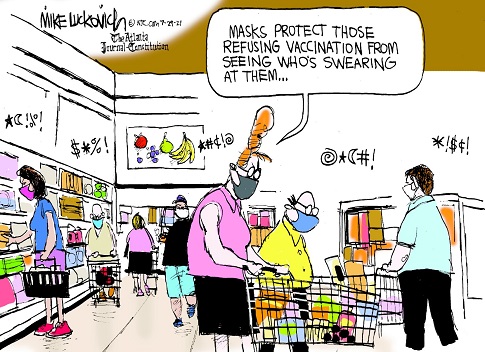 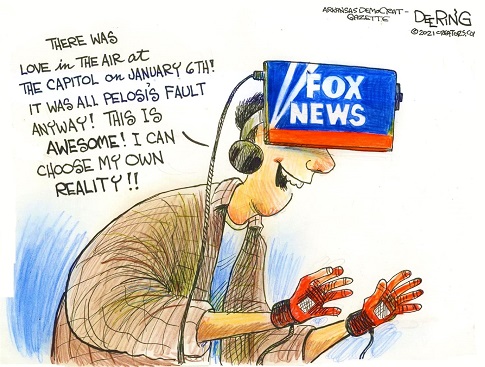 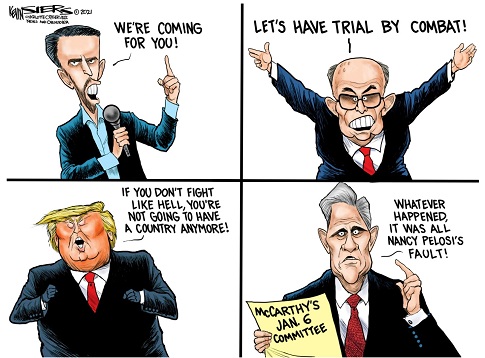 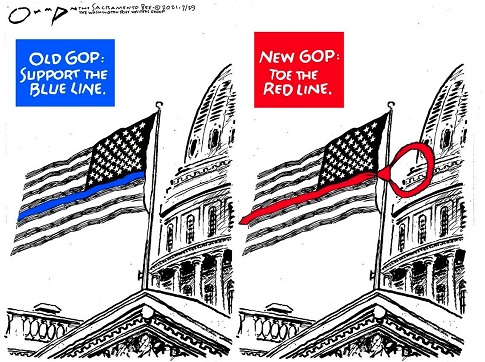 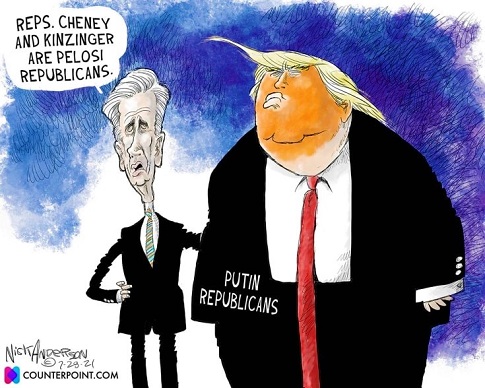 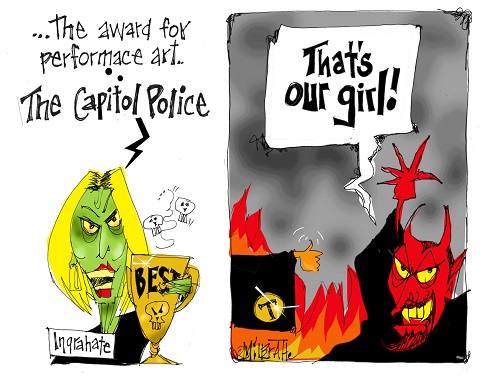 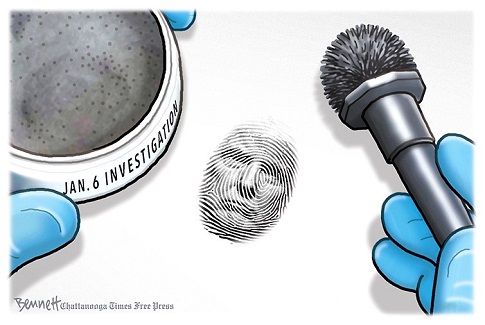 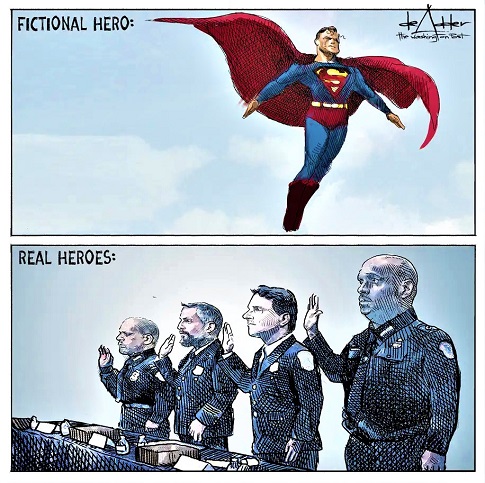 I have to tell you the 'finger print' was great!

Love the Fox news one

Something is drawing *heh* me to that first one. It's very compelling. After that, the fingerprint.

The one with the masked shoppers in the supermarket. That would be me swearing at them.)

Yes, Trump's fingerprints are all over it!

The last one is the best.

Great collection as usual Bob.
Those last two are epic.
The finger print with Trump's face says it all regarding the coup attempt on January 6th.

@Dave
That one wins the week for me.

@Travel
Fox News, like the GOP, has all kinds of blood on their hands.

@TDM
Yes, they are. Sadly, the GOP thinks otherwise.

@Todd
I hope so, and I hope they go after It.

@Deedles
Yes, Simone may not be winning gold, but she’s heling tons of people to understand depression and mental health issues.

@Mitchell
I actually do that, and thank the goddess for the mask!

@Debra
Now, convict him or, failing that, make it impossible/illegal for him to ever run for political office again.

@Sadie
After hearing them testify about what they went through on that day, yes, ma’am, heroes!

@Jim
Thanks.
Sadly, the part of “law and order” thinks those heroes are liars, which speaks volumes.
And the fingerprint? Spot on.

"Putin Republicans" -- love it. It's still a mystery to me why right-leaning people who swear they're rabidly anticommunist support Trump, who has the support of the communists!

I hope something comes out of this Jan 6 Insurrection. But I have no faith left in any of it, or anyone trying get trump. I suspect he'll live out his life in Florida as a criminal. Im so tired of him and getting away with it. They've had months and years to nail his ass. Enough talk. More action.

@Steve
I think the answer to your question is that the right-leaners and Thing 45 hate the same people.

@Maddie
If the only thing that happens is that he can never run for office again, I'd be good.
But prison would be better.

very sad these are.

This is an especially good batch.

That last one shares a bit of truth we should all be mindful of.

The Kevin McCarthy one is telling, too. Still, it makes me sad. That we live in a nation where people choose not to be educated. To believe and live in false realities. Is it because they have nothing else going for themselves and they believe this makes them special? Well, when they die due to Covid... they will be. For one day at least.