The End Is Near 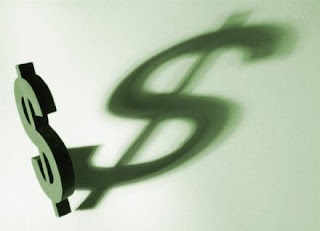 The Supreme Court of the United States of America ruled yesterday that corporations may spend freely to support or oppose candidates for president and Congress.
That's right.
The era of the WalMart Presidency has begun.
GM Congressmen.
AT&T Senators.
You think when one of these corporations send a man or woman to Washington or the White House there won't be some special interests going on?
If you thought it was bad now--all those Senators with their hands in the pockets of Big insurance who vote no on Health Care Reform--think again.
Welcome to the USA. Open for business.
Posted by Bob at 11:30 AM

Our paper says it won't change much in our state - still trying to figure out exactly how that is - just a preliminary statement. I'm expecting more in the following days.

What is depressing, and alarming, is that it works. And we, the people, put up with it. Behind in the polls in state X pour $$$$ into it and usually the polls go up.

The next election is going to be very interesting, for a number of reasons, this being one of them.

this will hopefully be changed

This was almost inevitable but that doesn't make it any more acceptable. Farewell Democracy, shake hands with the ultimate Plutocracy!

This is very disturbing.