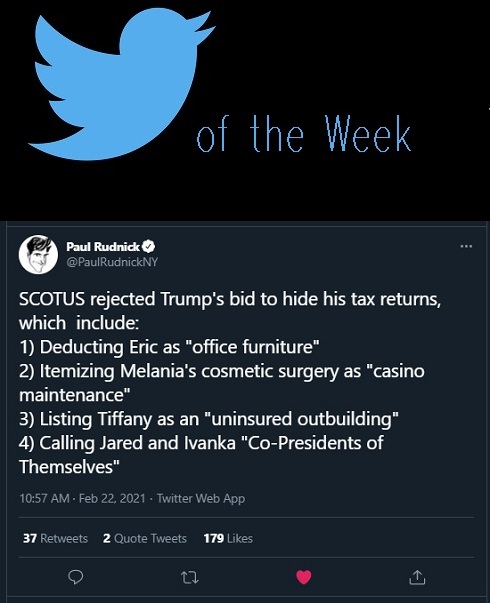 Carlos and Tuxedo, the team to beat!
I'm not touching Dick Island! Is there a Vag Valley? Asking for a friend.
I don't like Ken Jennings as the host of Jeopardy. His speech patterns and word usage are to much of an Alex Trebeck carbon copy, and he doesn't have the voice for it. I do like him on The Chase, though.
I've never heard this Moment stuff. I hope you don't mind my saying your architecture pix need a touch, or splash of red, sometimes. Moment is stupid in this usage.
Oh dear, Deano Perona is definitely giving me a hot moment!

I'd rather beat the shit out of the real Ted Cruz.

I read Jeopardy had several lined up for guessing and possibly permanent host. But so many of them spoke out against trump and repubs....the show and produces didn't want to upset or alienate it's most conservative Republican audience. It's a shame everything is so over sensitive these days.

I'd never heard of moment being used in the way you describe but already I'm fed up with it.

the real raphael cruz needs to be punched in the face and kicked in the balls. hard. repeatedly.

I don't mind looking at deano's "panties". I'd like to look at justin trudeau's "panties" too. str8 men are pigs, period.

I too registered as a D when I turned 18; my "parents" were not thrilled. but unlike yours, they never changed. my sister is still an R. dumb bastards.

Nosferatu, the resemblance IS astounding... brother from another mother? Or is there only one...
(The film released in 1922, approx. 72 years after Ghouliani's birth)

I've stopped watching Jeopardy, Mom died a week after Alex so it's just sad to me, but Katie and Dr Oz are strike One and Two... Why not Betty White?

I think if you had a moment w/ Monsieur Trudeau, you shouldn't napping...

Good for Michelle Wie for slapping back at those sexist (fugly) pigs!

Ha!
That Tuxedo anecdote is absolutely priceless.
And THAT island. And Mr. Perona. Yes, a good morning to you, too.
I can't wait until we don't have any more Ghouliani. Really.

Why have I never run into Deano, wandering the mean streets of the Big Smoke?!

I love the Cruz piñata and Dick Island. Calling Giuliani "Nosferatu" is insulting to Nosferatu.

@TDM
Tuxedo is quite good at warming a neck. I know from personal experience.

@DeeDahLah
They are quite the pair.
I’m guessing Vag Valley hasn’t been, um, uncovered yet?
I liked Ken, but he is not the best host. Mike Richards, though, is dreamy and oh so cutesy!
Moment may be a gay thing, or a drag queen thing; I’ve heard designers talk about having a fabulous moment in a certain room. It’s bugs the shiz outta me!!!
Deano is more than a hot moment; he’s a good hour or ten.

@Debra
I loved how she said “this person”!

@MM
Yes, I agree. Let’s get some bats!
And I wouldn’t be bothered if Mike ended up as the host; he’s easy on the eyes and pretty good at the job.

@AM
Let’s you and MM and me get our bats and head to Texas!
Yes to Deano and Justin :::swoon:::
I still laugh at Carlos ‘mother calling him a fur collar!

@Jake
If you get the Ted pinata, take pictures of beating the crap out of it!
Oh, a moment with Justin? Ooh. La. La.

@Treaders
I loved her response. Epic, yet civil, smackdown.

@Steve
With all your walkabouts you might just spot him one day, hopefully half-dressed.

Carlos, his mother, and Tuxedo. What a team! I wonder how my conservative father would have voted in recent years. I know for certain he already knew and loathed Donald and his father in the 1980s. But, excuse me now. I need a Deano Perona Moment or maybe a Week on Dick Island.

When we get rid of "moment" can we send "pop of color" with it?

Rudy will always be loathsome, until he's finally dead and buried... and then his memory will be loathsome.

My family's all Republican... some are Cracker Jack Crazy Christian Republicans. They know I'm registered Democrat. They will never, ever understand.

I love the Carlos story. Too funny. Do not mess with Tuxedo.
Good luck with the vaccine and getting away.
Ted Cruz and Rudy need to share a jail cell together.
The tweet of the week was hilarious.
Take care, Bob.

@Mitchell
Perhaps a week on Dick Island WITH Deano????

@Dave
My father is still a Democrat, but I think, if he votes and I'm not sure he doesn't, my brother is GQP.

@MrShife
Tuxedo makes a good neck warmer.
I am just ready to take even a nice day trip at this point!

Can't wait to get the real dirt about those tax returns. Good reading!
Wouldn't cosmetic surgery be filed under 'building maintenance'?

Deano... I love swarthy and sensual... but a little man fur is needed.

Justin. Sigh. Is he furry?

Piñata Ted. The difference being... one has substance and is sweet. The other is just a hollow shell filled with flatulence.

Pigs on a green. I wonder what color panties Rudy is wearing these days?

Dick Island... are the cock-tails complimentary? You know me. I'll suck anything... through a straw.

How nice of your parents.

And Tux makes two appearances... this is rare. And fun. How sweet of Carlos.

Thanks for the news feed. Kizzes. Enjoy.

Floods my basement, might be the line of the week,

@uptonking
I agree about Deano; he's a little too manscaped.
Bang on about Ted!!
With Rudy, it Depends.
On a cold wintry day, having Tuxedo nuzzle your neck and keep you warm is heaven!
xoxo