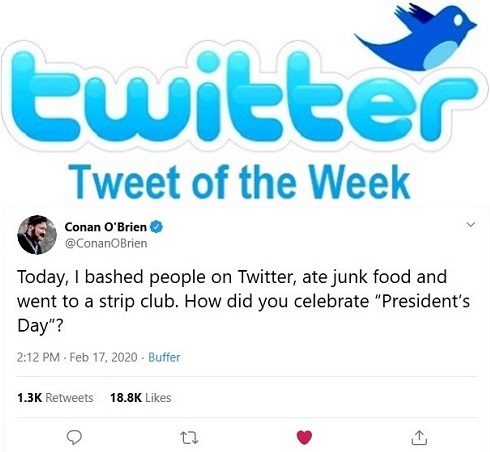 Oooh, Carlos has a dark side! I like it! Or is "god" his nickname for you, Bobulah?

(Ruth Coker Burks)
and a very careful
(Carlos) and his germs.
xoxo :-)

Carlos has man flu, have some empathy for the poor guy! You are a lucky man because I would be licking all the door knobs in your place and breathing on you in your sleep if you wrote this about me! Hahaha!
What... is the church using Michael Jackson's lawyers now?

I've been a longtime fan of Eoin.

On a side note...saw a bit of the debate. Those dems better stop the infighting and act accordily....they have to know the Great Ass is enjoying this and wants it.....

get well soon, carlos! your husband and cats miss you!
bernie sux.
BOTH those items are true!
fuck the catholic church!
GOPricks are ALL cowards!
bwhahahahaha, conan!

@DeeDahLah.
He does have a dark side, though he been known to shout "Oh, God," to me on occasion.

@TDM
Ruth's story makes me happy and sad at the same time; I can't wait to see this film.

@Steven
Carlos is in seclusion, under a sort of "house arrest" until the germiness subsides!

@MM
As soon as I heard his accent i, um, "perked" up; and then I saw him. Yes, please.
I wish the Dems would stop sniping at each other and just tell me what you'll do, how you'll do it, and how much better we'll be with _____ gone.

@AM
A perfect summation! xoxo

I don't have much respect for the republicans who voted not to impeach Trump. Government officials should be working for the people and not themselves.

Mr. Macken is quite the morsel! Yum. Gonna have to track him down.
The repugs are disgusting.
OMG I was reading about Ruth! She is awesome. Will absolutely watch. Love me some Bomer.
And I'm with Carlos. The catholic church can suck my dick.

We agree on so much... like Ruth Wilson and Matt Bomer (YOUR husband in my head). And Carlos! That’s Jerry except for worrying about me catching it. He is, however, a very good nurse.

Macken was on a show called Night Shift, which was actually pretty bad. But the first couple of seasons showed him shirtless quite a bit, so there was that.

In all fairness, every candidate has some supporters who are assholes (eg Jen Kirkman tweeting that Brrnie should "go fuck [him]self with a chainsaw") But only Sanders is ever asked to control his or take responsibility for his.

I hope Carlos feels better soon. Love the Tweet of the Day. And "The Book of Ruth" will make a great movie!

@Bathwater
I have ZERO respect for those GOP Cowards.

@Mitchell
I loves me some Carlos, but I'm a better nurse. I serve healthcare with a healthy dose of sarcasm.

@Professor
But this was a group of people talking expressly about what Bernie supporters said to them, and he accepts no responsibility for it.