Homophobia Is An Osmond Family Value. 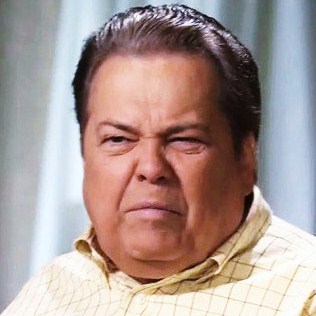 Well, this comes as no surprise really. I mean, Donny Osmond is a huge homophobe, as I have posted before HERE, so why be surprised that his lesser-known, other brother, Alan Osmond, who serves on the high council of the Orem Suncrest Stake for The Church of Jesus Christ of Latter-day Saints, has written an anti-gay article for the Mormon website The Family.
Oh yeah, for the record, The Family is run by “The Osmond Network LLC” and is linked to by the“Official Osmond Family Website”.
Homophobia is an Osmond family value.
And since he is an expert, I guess, Osmond's ill-informed "article" states that being gay is not genetic and that reperative therapy, AKA Good Old Pray Away The Gay, does, in fact, work.  He quotes LDS President and Head Homphobe Gordon B. Hinckley who says: “Prophets of God have repeatedly taught through the ages that practices of homosexual relations, fornication, and adultery are grievous sins. Sexual relations outside the bonds of marriage are forbidden by the Lord. We affirm those teachings.”
But, um, here is some of what Alan Osmond thinks, in his own bigoted words:

First, it is important to understand that homosexuality is not innate and unchangeable. Research has NOT proved that homosexuality is genetic. Even more important, many researchers whose studies have been used to support a biological model for homosexuality have determined that their work has been MISINTERPRETED.  What is clear is that homosexuality results from an interaction of social, biological, and psychological factors. These factors may include temperament, personality traits, sexual abuse, familial factors, and treatment by one’s peers.Developmental factors aside, can individuals diminish homosexual attraction and make changes in their lives? Yes. There is substantial evidence, both historical and current, to indicate this is the case. Jeffrey Satinover, M.D., a former Fellow at Yale University and a graduate of MIT and Harvard, concludes:“The fact that not all methods of treating those who struggle with homosexual attraction are successful, and that no method is successful for everyone, has been distorted by activists into the claim that no method is helpful for anyone. … The simple truth is that, like most methods in psychiatry and psychotherapy, the treatment of homosexuality has evolved out of eighty years of clinical experience, demonstrating approximately the same degree of success as, for example, the psychotherapy of depression.” Other researchers note treatment success rates that exceed 50 percent, which is similar to the success rates for treating other difficulties.

First off, Al, you delusional asshat. If you wish to live your life as a homophobe, bigot, hater, whose words will no doubt be used by someone, adult or child, to bully or harm, a gay man or woman, well, then, that's up to you. Dumbass.
Sure, there are people who "struggle" with being gay, but it isn't because they can change it, or wish to change it, or hope to change it, it's because they live in a world with people like you, who condemn them, and us, and me, for simply being ourselves. And no amount of "research" done by anyone can change that.
Your homophobic bent leads many LGBT people to live in fear, to cower in silence, and to take their own lives because you make them feel as though they are somehow "less than."
Well, Al, I have news for you. You, your brother, and any members of your family and your church who share your bigoted world-view, are the ones who are less than.
Less than intelligent.
Less that accepting.
Less than tolerant.
source
Posted by Bob at 9:00 AM

I wonder if the Osmonds know how many "Moho's" (what gay Mormons call themselves) there really are out there?

I truly think that many homophobic ppl are really just scared because they struggle with being gay themselves. "The best defense is a good offense". "Me thinks [they] do protest too much".

And of course, there are still the rumors concerning the suicide of Marie Osmond's son because he was Gay. Wonder how Marie feels about the whole thing...

OMG that guy is GROSS!

I sure hope he thanks his parents for being into amphibious sex. looks like a giant toad!

Whenever anyone references "Prophets of God" all I hear is "previous generations of ignorant know-it-alls". They sure didn't complain about taking my teenage gay dollars!

Love the pic. Caught in a very natural pose. What awful people.

Alan, I'm going to give you some advice of my own. Put down the fries and back slowly away. You can do it.

That's sad he's so bigoted. In that family, Marie is the only one that is completely accepting.

Not to excuse his bigotry and hate, but Alan O. has multiple sclerosis pretty bad (wheelchair bound), so he has to take large doses of steroids like prednisone to keep his disease in check. The prednisone makes his face round and puffy--the classic "moon face" of those being treated for autoimnmune disorders.

Wow. And you say he is bigoted? You have judged him every way but sideways and called him several names but that's okay with you and your following? You are no better than anybody that you challenge about their beliefs. No you can't leave just his beliefs alone you got to bring in his looks which by the way have been very handsome even through the years. It is not french fries that make him all bloated it is medication for a disease he has. Who is less than intelligent, less than tolerant and less than accepting now? This man is a very good man who happens to challenge the way you look at the way you believe people are born. Every time you point the finger at someone you're pointing free right back at your own face.

@Anon
Thanks for posting!

Marie is gay-supportive, and has a gay daughter. Not saying the other siblings are okay with it, but she is.