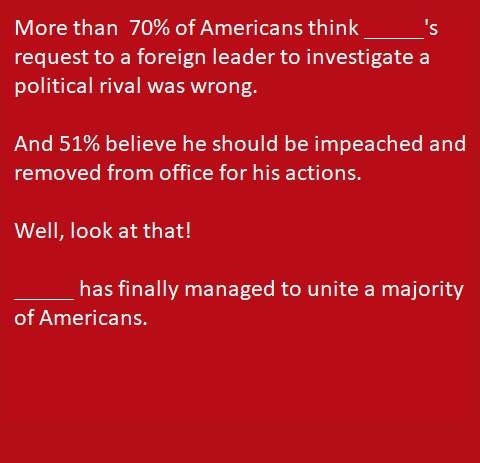 And the numbers are continuing to slowly go up!

Didn't take him that long.
considering...

Let's hope that momentum builds to the point where the Senate is willing to impeach as well.

@Dave
Each day,as his lies are exposed, the numbers rise.

It's just sad that a racist rapist thief had to unite us ... against him.

@Debra
When the people in those GOP Senators states demand them to act, or else be voted out of office, they should act.

People do need to speak up, though.
The numbers do not look good for Cheeto. His rabid base will not change their minds, but hopefully these hearings will piss off some longtime repugs enough to demand Cheeto's head.